Water is not Water and Paint is not Paint


This past Saturday was a very good JRD meet near Zion Crossroads, VA.  The two clinics cleared up the misconception that water is water and paint is paint. 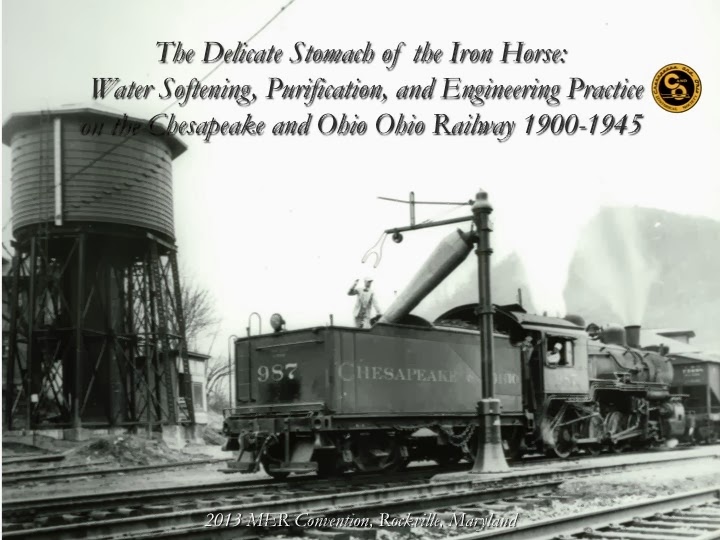 Gerard Fitzgerald cleared up the what most modelers assume in relation to what goes into the boiler of a steam locomotive is just water.  Gerard gave the history of how railroads and in particular the C&O began in the 1920s in studying and treating the water that was put in the tender.  With an average of 5 lbs of solids per 1000 gallons it would not take long for impurities to accumulate and impair the efficiency of steam locomotives.  The growth of the treatment plants was in the 1920s which could be as simple as a storage shed and as large as the storage tanks themselves.  Several photos of the different types of treatment plants for both the C&O and the N&W and Gerry gave modeling ideas which may be incorporated into a future how-to model the infrastructure clinic.  The audience interrupted the talk at numerous times with questions about water systems and implications for modeling.  Thanks Gerard 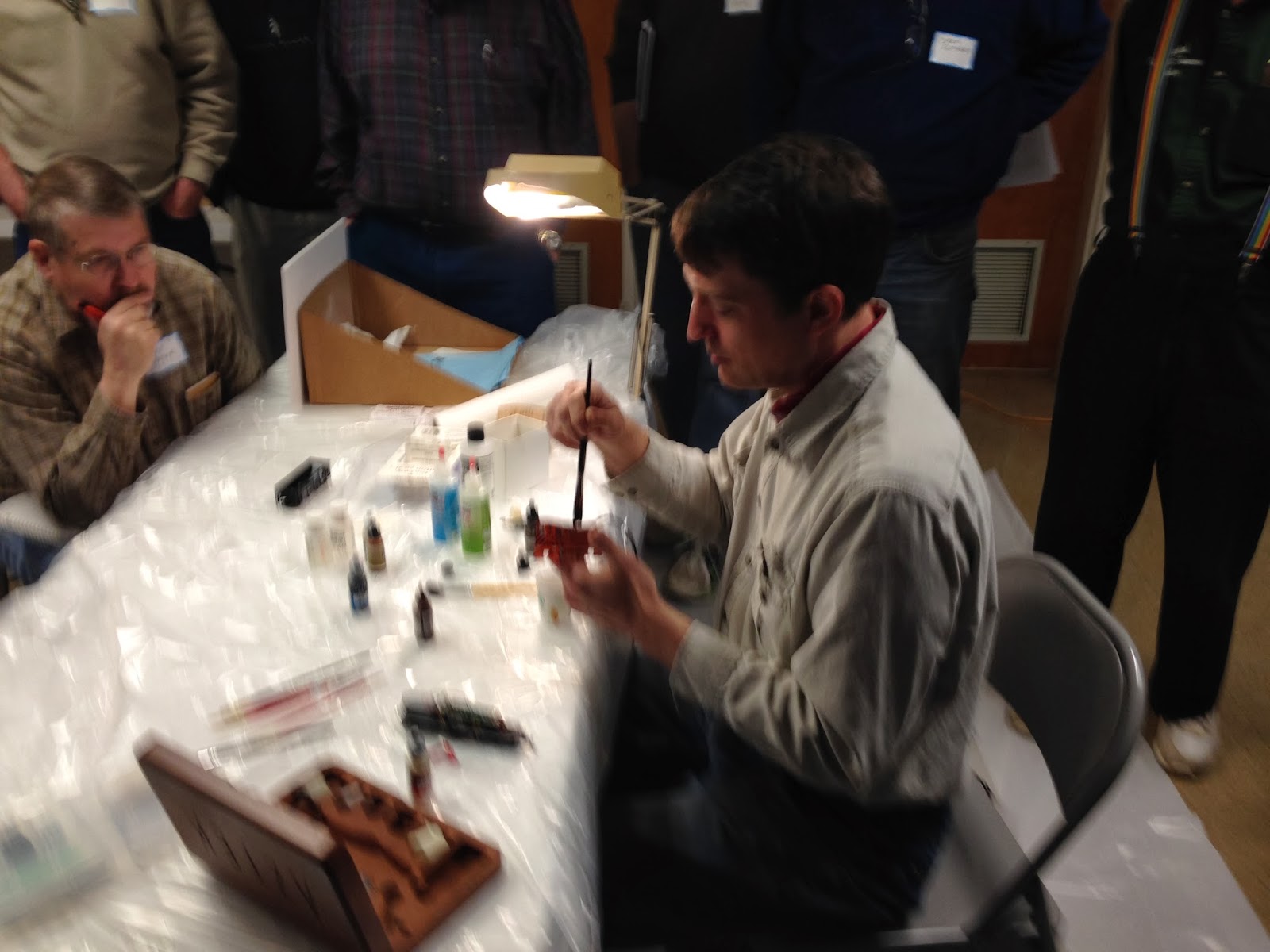 The recent demise of the old standard paint lines in the model railroad hobby has led to much wailing and moaning about the decline of the hobby.  Believing that this was more being stuck in the mud and behind the times (read behind military and figure modelers along with most other modeling hobbies) the organizer of the event asked proprietor Bret Jones of Rail Tales to demonstrate the Vallejo paint system.  Bret gave a quick overview of the various Vallejo paints lines and went into a demonstration of how to use the line to weather a locomotive.  This included using both a brush and an airbrush.  Many of the attendees were impressed with the paints and washes including one lucky winner who won the door prize and took home a set of the paints and washes used in the demos compliments of Rail Tales.  Thanks Brett. 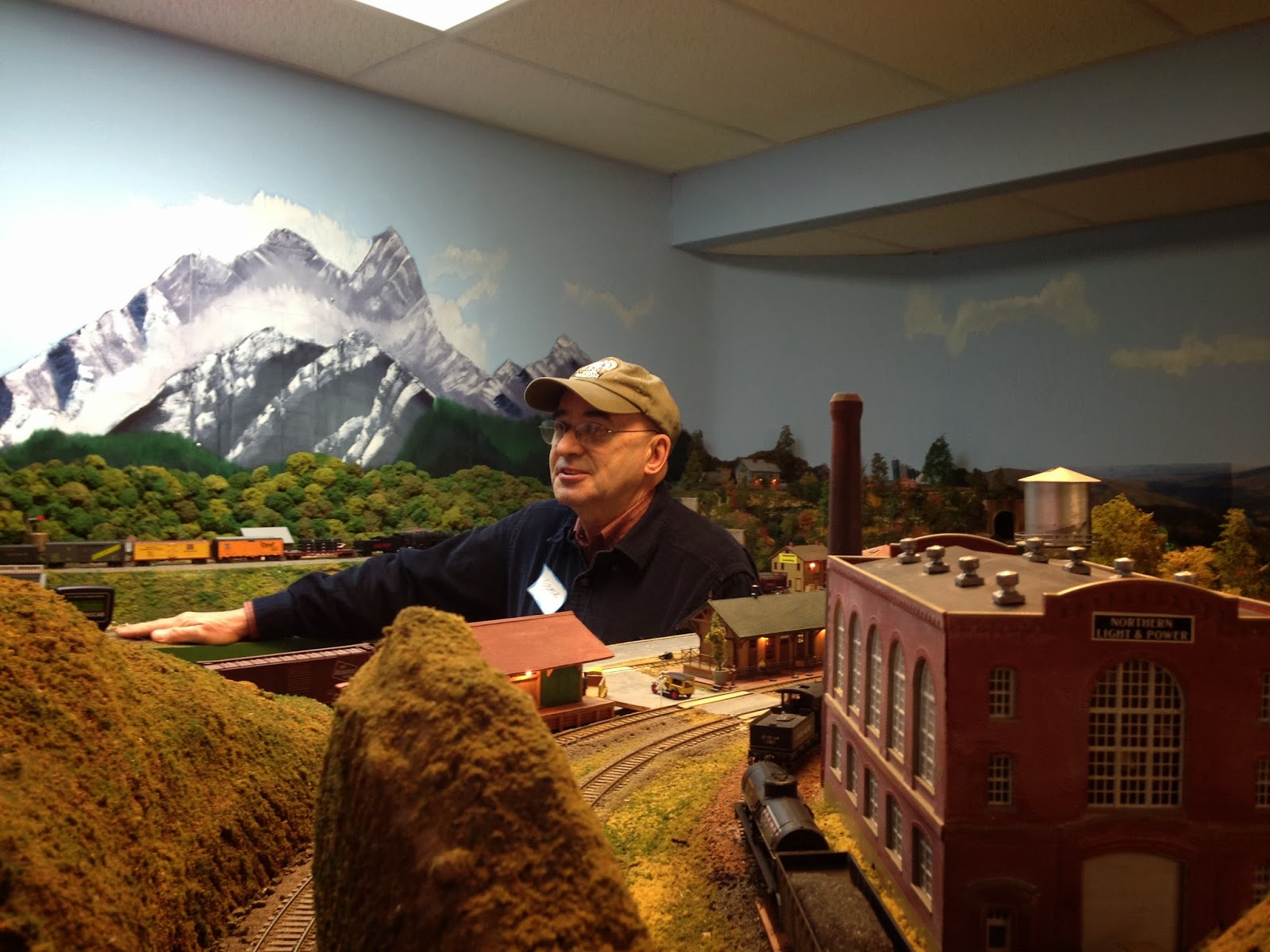 After lunch the JRD took in 2 home layout tours in the area.  George Gaige is shown in the midst of his basement empire where he demonstrated the various animations he has built into the layout including operating water tank spouts.  The crews are required to lower the spout and press the sound effects button and wait for the end to put up the spout.  George did say that some of his operators do forgot to do this occasionally which means the next train may knock down the spout.  Guests took turns operating various trains on the layout and watching the video feed from the camera mounted in a box car to gain an appreciation of the layout which had a photo in the January 2014 MR Trackside Photos.  Thanks George 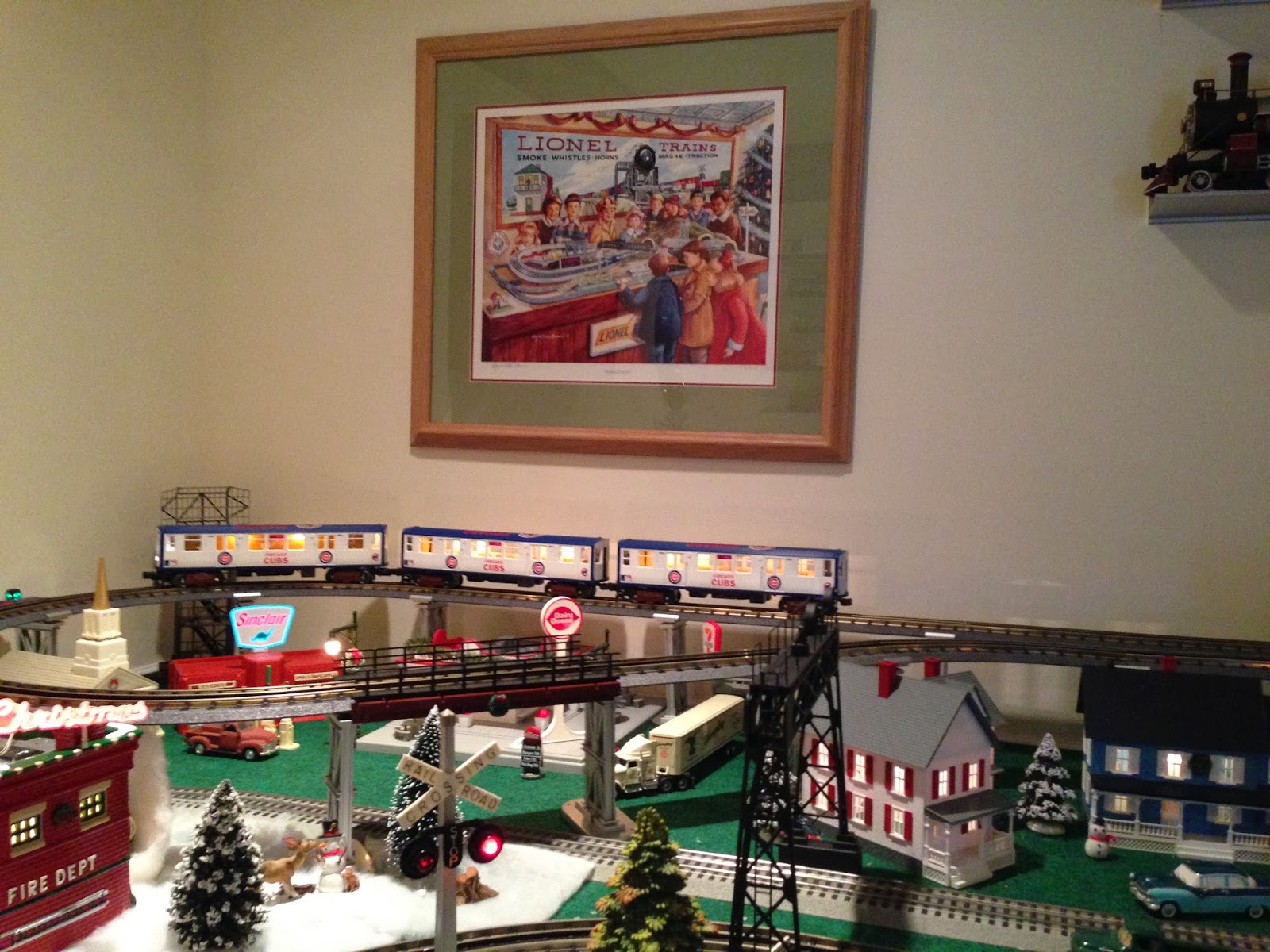 Len Bozza opened his O Gauge layout to view for the JRD members.  There are three operating loops with a trolley, elevated and steam line with a Chicago flavor.  Len has built custom cabinets to hold his collection which should serve as an inspiration to those with brass collections on a great way to display their models.  Thanks Len for opening for the JRD.
By Drphilster - February 10, 2014