The passing of RMC has many of us mourning its passing but even in the time of despair there is hope.  There is a glimmer of hope that a new owner will re-invigorate both RMC and R&R.  Even so, we see growth in the new media which gives hope to new ideas and new modelers while increasing access to information to all.  There are a few new magazines in the last 5 years and a number that have been around even longer.  The real casualty in the market place is the general hobby print magazine.  We are now down to 2 of them MR and MRH.  Each of the other magazines are specialty magazines that cater to niches in the hobby.

IN PERSON JAMES RIVER DIVISION MEETING THIS SATURDAY Next Meet: May 14, 2022 Patriots-Landing Residents Club (aka, the Clubhouse) Across t... 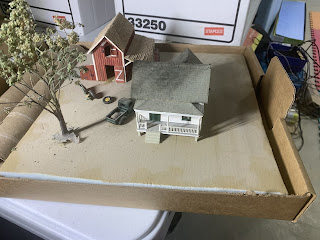