There is one more magazine that is worth mentioning as being another major loss to the hobby besides RMC.  A niche publication that started out as one publishing for the large scale market and eventually became Fine Scale Railroader.  This magazine eventually split into three different annuals as the number of issues were cut from six  to three a year.   The Narrow Gauge Annual, Modelers Annual, and the Logging, Mining & Industrial Annual were the three annuals.  Russ Reinberg is the driving force behind Westlake Publishing and the three magazines.  Russ is also known for his musical ability but that is another post.  Russ ended subscriptions to his magazines last year and announced that the Narrow Gauge Annual will end with recently released 2014 Annual.  When Russ ended the subscription I understood but it was with sadness that I read that he was quitting publishing the Narrow Gauge Annual.   The last issue (shown below) deals with branches of the DRGW 4th Division.   If you are not familiar with the magazine and you do narrow gauge or critters take a look at it and the sister publications.  The issues are available as downloads in PDF format from the publisher or at various hobby shops and used magazine vendors.

Fun Meeting Those of us who attended last Saturday's Meet in Charlottesville had a great time making a pond with scenery surrounding it... 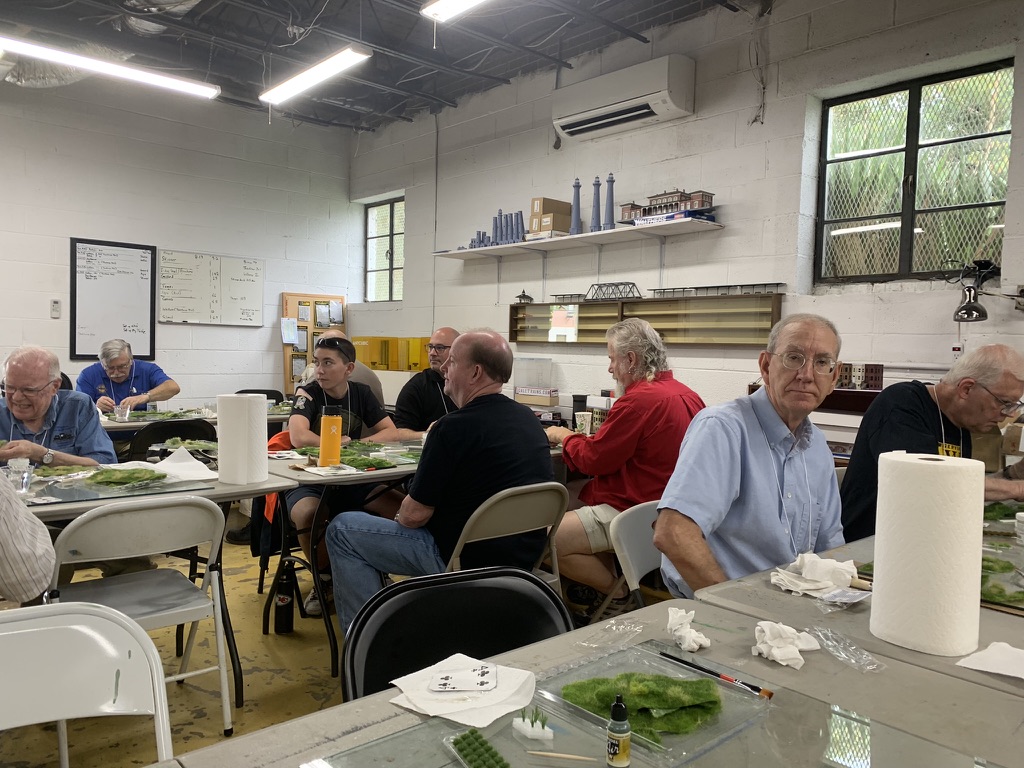